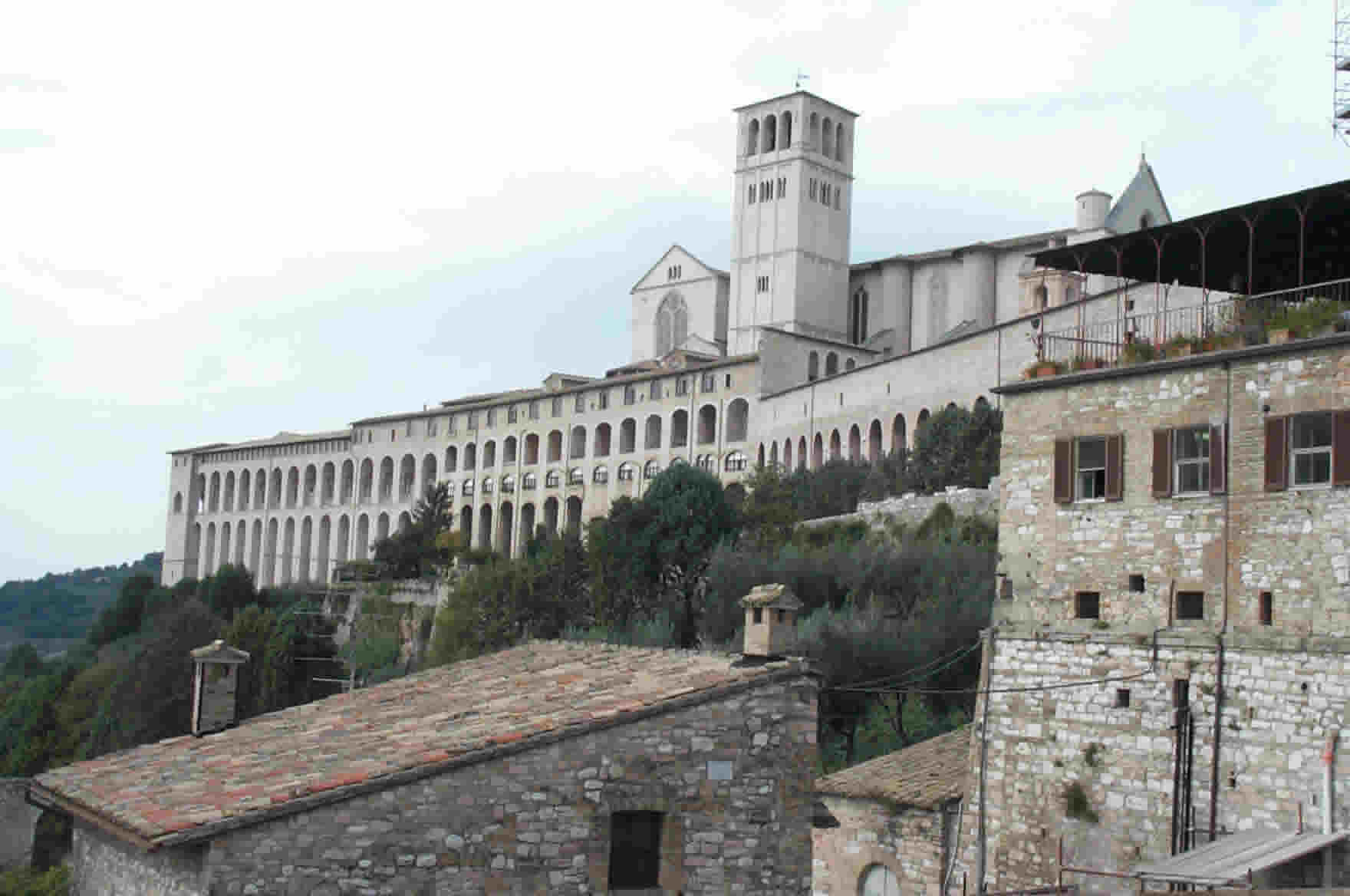 An excerpt from 'The Mirror of Perfection'

When a certain Minister of the friars had come to blessed Francis to celebrate the feast of Christmas with him in the friars's dwelling at Rieti, the friars, because of the Minister and the feast, laid out the table a little worshipfully and choicely on that Christmas Day, putting on fair and white napery and glass vessels. But the blessed Father coming down from his cell to eat, saw the tables placed on high, and so choicely laid out. Then forthwith he went secretly, and took the staff and wallet of a certain poor man who had come thither that day, and calling to him with a low voice one of his fellows, went out to the door of the dwelling, the brethren of the house not knowing of it.

The friars in the meantime had entered to the table. For the blessed Father had ordered that the friars should not wait for him, when he did not come straightaway at meal-time. And when he had stood a little while outside, he knocked at the door and forthwith his fellow opened to him, and coming with his wallet behind his back and his stick in his hand, he went to the door of the room in which the friars were eating like a pilgrim and a pauper and called out, saying, "For the love of the Lord God, give an alms to this poor and infirm pilgrim."

But the Minister and the friars knew him straightaway. And the Minister answered him: "Brother, we are also poor, and since we be many, the alms we have be necessary to us. But for the love of that Lord Whom thou hast named, enter the house and we will give you of the alms which the Lord hast given to us."

And when he had entered and stood before the table of the friars, the Minister gave him the platter in which he was eating and bread likewise. And humbly accepting it he sat down next the fire in the presence of the friars sitting at the table. And sighing he said to the friars: "When I saw the table worshipfully and sumptuously laid out, I thought within myself it was not the table of poor religious who daily go from door to door for alms. For it becomes us, dearest, more than other religious to follow the example of the humility and poverty of Christ, because we are professed and called to this before God and men. Whence it seems that I now sit as a Friar Minor, for the feasts of the Lord and of other saints are rather honoured with the want and poverty by which those saints conquered Heaven for themselves, than with the elegance and superfluity by which they be made distant from Heaven."

But the friars were ashamed considering he was speaking the pure truth. And some of them began to weep greatly, seeing how he was sitting on the earth, and that he would correct and instruct them in so holy and pure a wise. For he admonished the friars that they should have such humble and decent tables that by them the worldly might be edified. And if any poor man should come and be invited by the friars that he might sit as an equal beside them, and not the poor man on the earth and the friars on high.

Talk about killing a party! Still, St Francis clearly was interested not so much in worldly joy, but holy joy, the joy that comes from God, from serving Him and reflecting His Beauty, His Humility, His Lowliness and His Poverty.
at December 26, 2008