Media Foaming at the Mouth Over Karen Matthews 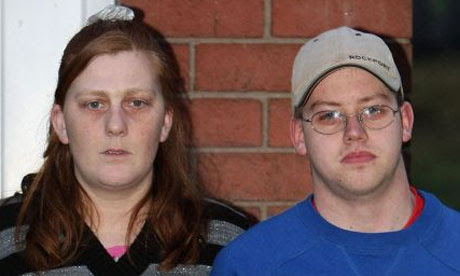 On the Telegraph blogs, George Pitcher a part-time Anglican minister, has stood up in defence of Karen Matthews, following a senior policeman's description of the lady as "pure evil". Quite rightly, he intimates that language like that is not only highly inflammatory and an incitement to the 'angry mob' mentality, but a distortion of the truth.

It is unlikely that we will ever hear Karen's full story of how this dreadful situation came about and what led her to kidnap her own daughter to get a ransom of £15,000. "Pure evil", however, is a terrible description to use for a person, and it is easy to forget that while the Church has always condemned any crime against the innocent as 'evil', it is very, very rare for an individual to be given that label.

That the headline, "pure evil" is now emblazoned on the front of today's red-top tabloids is unsurprising, given that tabloids have always gone in for the sensationalism and easy copy that comes from demonising people who have committed criminal acts.

I'm not saying Karen Matthews is an misunderstood angel, all I am saying is that if you want to know the full story of what led her to do the ill-conceived thing she did, go visit her in prison and ask her yourself, because you won't get the truth from even the 'quality newspapers'.

A secondary tragedy of the story is that it will serve only to cause more prejudice of people living on welfare in sink estates, more diatribes about 'chavs' and more hatred for the poor. We don't know what led her to do this. If she was living on a sink estate, on welfare, it is highly likely she had loan sharks on her back or debts mounting up. We don't know how capable of loving motherhood she was, because for all we know, she could have been raised by a mother and father who lacked parenting skills.

One thing nobody has mentioned is that while many people blacken her name because she had seven children from multiple partners, she did have the courage and natural maternal instinct to actually give birth to those children. The same people who condemn her for 'breeding' are often the same who advocate abortion or have even procured abortions. Those people, surely are in no place to judge Karen Matthews because in terms of a moral evil, she has committed a lesser one than those who have taken the lives of the unborn.
at December 05, 2008