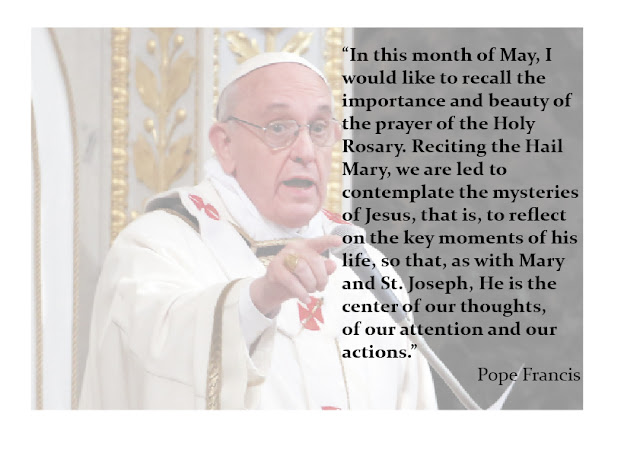 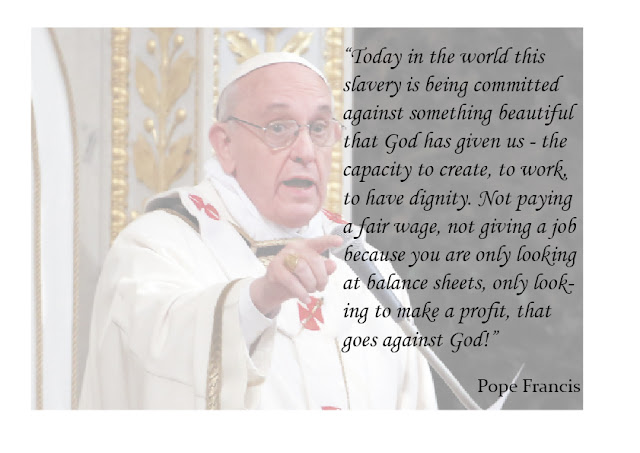 Meanwhile, the Prime Minister Sheikh Hasina of Bangladesh had this to say to those Bangladeshis angered by the horrific collapse of Primark's building and global reputation.

"I would like to tell the workers to keep their head cool, keep mills and factories operative, otherwise you will end up losing your jobs," she said.


Business as usual for the economically mighty of this world, then? "Get back to work!" in other words...

Read The Telegraph's coverage of the situation for workers in Bangladesh. It is horrifying!

The conditions denounced by the Pope were highlighted yesterday by the family of the last victim to die in the disaster. Shahina Akhtar survived for five days in the rubble, only to be killed in a fire caused by sparks from metal cutters used by rescue teams. She earned about £69 per month, including overtime payments as a senior machine operator. Her family told The Telegraph that she worked for Phantom Tec, a Spanish joint venture. When she became pregnant with her son in 2011, she was forced to work until she went into labour - and received no maternity pay. “She was not given any maternity leave and worked right up to her labour pains when she came back from the factory at night. After giving birth she stayed at home for two and half months but the owner did not give her any salary for that time,” said her older sister, Jasmine.

The Catholic Church has a long, long tradition of condemning the exploitation of workers for profit. It falls under the bracket of the 'harbouring of wages' - since these wages and conditions are so insulting to the people who work for them - and is, alongside sodomy, the wilful oppression of the poor and the destruction of innocent life, one of the sins crying out to Heaven for vengeance.