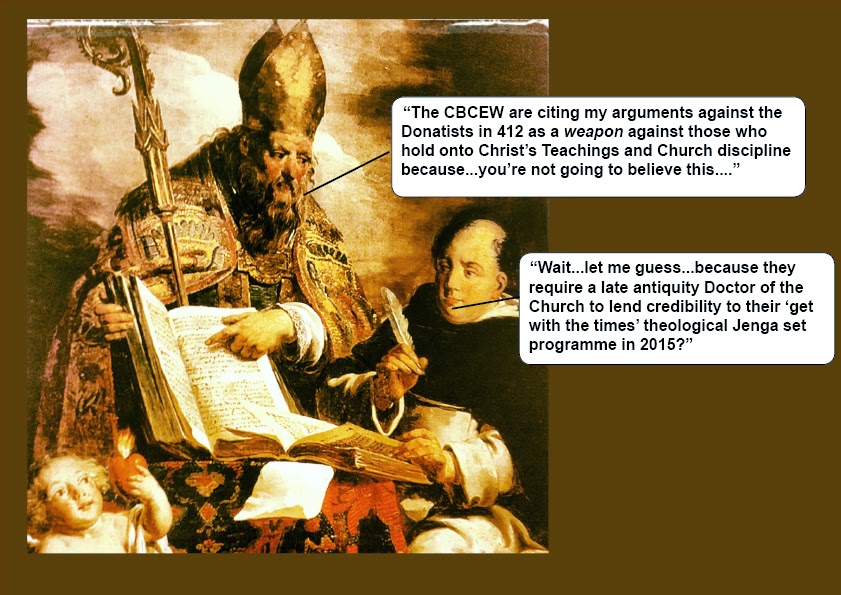 Manipulating the life and times of a 5th century Saint in in order to justify betraying Christ's Teaching to 'modernise' the Church in the 21st century might sound big or even clever, but it doesn't make sense.

If the CBCEW really want to jettison nearly 2,000 years of Catholic teaching and discipline handed down by Christ to His Apostles and their Successors, the writings of St Augustine of Hippo from 412 may not be the best source for your justification. If you want to overthrow the Catholic religion, may I take this opportunity to recommend to the Catholic Bishops Conference of England and Wales the writings of Hans Küng or Tina Beattie? I think they might be a bit more up your street or 'down your road' than St Augustine of Hippo.

It's a strange, but now quite familiar habit of liberals to cite Saints from the middle ages and well before in an effort to overthrow Church discipline and tradition reaching back 2,000 years, isn't it?

Thank Heaven above that there are some Princes of the Church faithful to Our Lord. 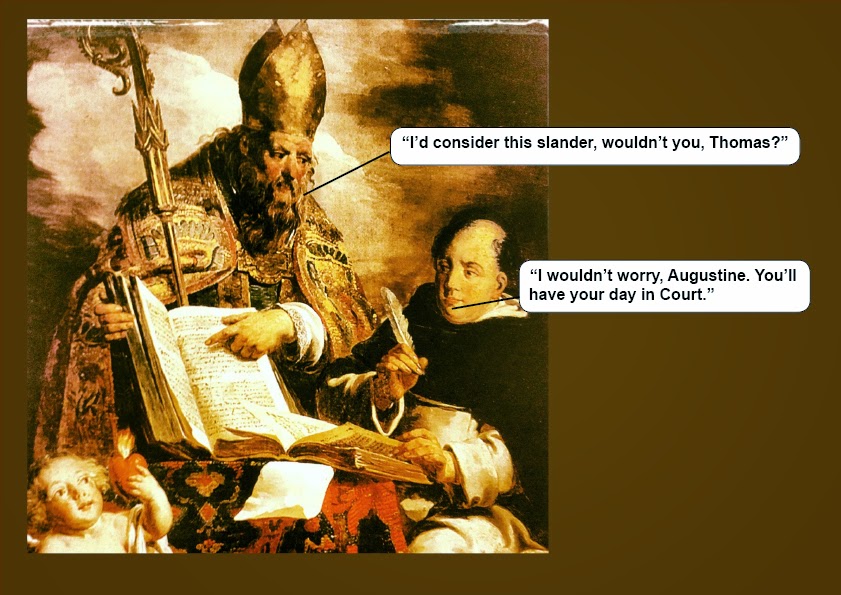 "It's a strange, but now quite familiar habit of liberals to cite Saints from the middle ages and well before in an effort to overthrow Church discipline and tradition reaching back 2,000 years, isn't it?"

i know. And now we have the bizarre spectacle of Tina seeing herself as a Thomist. Where will it end? ++Vincent Nichols quoting the Council of Trent?

Thanks for the humor. Mr. Bones, you are going to be busy updating your book with all the new insults hurled by the 'holy' father.

There's no context provided for this post. What happened with regard to the bishops of England and Wales???

Cardinal Nichols also cited St Augustine in his speech at the recent synod.

And now, in this week's Tablet, the archbishop of Liverpool has voiced his opinion on the hot button issues.


Popes have assumed Pope Pius XII was correct.Since then theology has become irrational