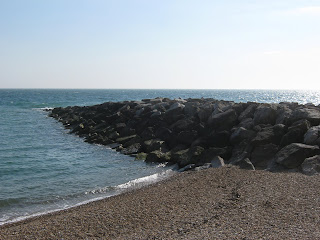 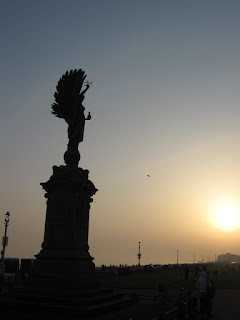 Moody and atmospheric...I didn't graffiti that below wall by the way. Just thought it was a good photo opportunity.

It looks like that volcano has well and truly put the campaign against the Holy Father onto the media's backburner, as well as people's travel plans, leaving Catholic bloggers with little Pope defending to do and leaving so little in terms of news that we have to put up nice pictures we've taken of the sea.

Perhaps the newspapers have taken the hint. Don't mess with His Holiness, boys.

When he prays, Heaven...and Earth...moves. Plus, there's the million prayers said for him, so, don't mess with Catholics...

What a headline..."Militant Catholic group claims responsibility for Iceland Volcano." 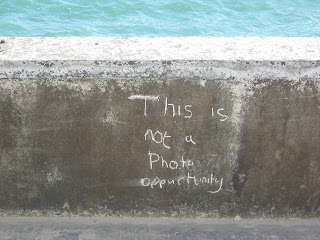 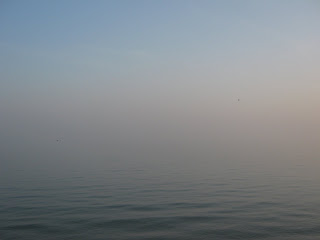 I went to Iceland, once, when I was 16, with my brother and I'm sure we went to a 'dormant' volcano with loads of steam coming off it. I remember going to a volcano museum as well and they did say something about a massive few volcanoes that could really put a spanner in the works.

The one to really watch is Yellowstone National Park in the US. If that baby blows then Heaven help us all. Reminds me of that bit in Crocodile Dundee. "You think that's a volcano. THIS is a volcano!"

So, if you don't want any more volcanoes, I suggest you take my advice. If you want to fly in a plane, then remember this. Leave our beloved Holy Father alone, otherwise, there will be more of this.

We wouldn't want anyone to get hurt, now...would we?

My 'Mystic Meg' prediction is that the flight ban continues until the day before the Holy Father's visit to the UK. If I'm wrong...Well, I'm usually wrong...