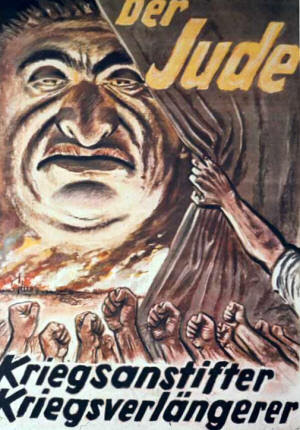 It has long been asserted by many sceptics that the BBC has been fast becoming the official mouthpiece of the Government, a Government which is fast becoming less enthusiastic about truth and transparency and more enthusiastic about social control and lies. As the recession kicks in (apparently the number of unemployed claiming benefit is actually 6 million, see Sky News here) the Government is looking for scapegoats for its catastrophic management of the economy and the effects of the Global recession for which it takes absolutely no responsibility whatsoever.

'Saints and Scroungers' is a new BBC documentary, showing at 9.15am, a time, incidently, when the working population are at work and the unemployed are at home watching daytime TV. Here is a blurb from the BBC website:

'Two fraudsters so confident of their ability to get away with it appear in newspapers and even on the radio while investigators are closing in. Plus meet 62-year-old David Searle who thought his life was over when he was told he was going blind.'

Now, I don't doubt that benefit fraud is going on and that some people are 'milking the system' for all they can get. However, timing is everything! With men and women getting laid off across the country and the dole queue getting bigger, the Government would really, rather than shelling out millions to a growing population of welfare dependents, make some cuts. How do you make cuts without pissing off everyone? You draw attention to the 'enemy within'. If the Government can convince everyone that benefit fraudsters are everywhere and these conniving, money grabbing old grannies and single mothers are doing the taxpayer out of his hard-earned cash, then you receive public consent for a great deal of nastiness.

This programme has Department of Work of Pensions writtten all over it. If you can convince the 'respectable majority' that people everywhere are driving around in lambourghinis at your expense, or taking money that does not belong to them, then you can set in motion the net-curtain twitching, "Hello, is that the DWP? Yes I've just seen my neighbour go off to work and he's cheating the system even though he's got 4 mouths to feed, so I'm shopping him!" mentality on which Nazi Germany relied in order to make the Holocaust so horrendously efficient.

I am not over-reacting and if I am being extreme in comparing such programmes to the German propaganda against the Jews then it is only to serve as an illustration of how bad things can get when Governments are allowed to use news channels as mouthpieces in order to target a specific group of whom they are afraid...in this case, namely, the growing number of people on the dole. That figure is set to rise to 6 million, according to Sky News. 6 million, a huge number and a warning straight from history. As the impact of the recession deepens, I would expect more of these programmes at different times of the day so that resentment towards people on benefits really increases dramatically. Channel 4, for example, is about to run a programme on the exact same subject. The new programme is called 'Benefit Busters'! You couldn't make it up! And heck, what do you know, the Channel 4 programme is episode one of a series as well!

'Hayley Taylor's job is to persuade single mothers on benefits to go back to work. The company she works for, A4E, which is helping to tackle the Government's target of getting 70 per cent of lone parents into paid work by 2010, is the largest welfare reform company in the world. A4E is run by multimillionaire entrepreneur Emma Harrison, who believes her business is 'improving people's lives by getting them into work.' Until recently, the 700,000 lone parents receiving benefit didn't have to look for work until their youngest child was 16. Soon, they must either work, or be looking for work, once their youngest child is seven. At Doncaster A4E, Hayley runs a course called Elevate that aims to give lone parents the skills and confidence to enter the workplace and convince them they'll be better off doing so. Cameras follow her group of ten single mothers during their intensive six-week course to prepare them for work.'

Has someone from the DWP been having a word with the Channel 4 executive as well? Well, whoever these ignorants are, listen up. I know a single mother in London with four kids. She always wanted to work but raising four children on a minimum is totally exhausting. She always seemed to be sick and ill with worry and fatigue. I don't know how she hasn't gone under and ended up in a mental ward! If I had four screaming kids, even when half of them went to school and I had two screaming kids, who I had to look after all on my own, I don't know how I'd cope. Pretty awfully probably! Quite how it is that this shambolic Government, a Government which has wasted an unprecedented amount of money and given a great portion of the country's wealth to staggeringly reckless and incompetent banks and their executives, has the nerve, now, to target those who are the victims of its grave and supremely useless stewardship of the country, is beyond me.

What about a new idea for a programme called 'Ministers and Money-Makers?' Episode 1: 'Is your MP on the make?' Episode 2: 'Expenses at your expense.' Heck, why not a new BBC series called, 'The BBC: How We Spend Your Hard Earned Money.' Episode 1: Brazenly Government-supporting documentaries. Episode 2: 'Paying arrogant chat show hosts 4 million quid a year'? Episode 3: 'We've got expenses too, you know!'

I thought that "Benefit Fraudsters" meant bankers who had fucked up so badly that the government has handed out zillions to them. It shows how wrong one can be.

On the subject of spongers, if you own farmland the EU pay you money. And don't forget that half a dozen families own the most valuable districts of central London, in one case at least, possibly the biggest and most valuable, the land was filched from the Crown by fraud.

I'm off sick today and watching this programme. What a nasty little squalid pile of rubbish it is.

OMG, I can't believe the BBC have sunk so low as to target vulnerable people in this sly, nasty, vindictive, spiteful programme.

The whole tone of the programme is that if you're unfortunate to be on the dole, then you're a scrounger.

I am 100% behind benefit thieves being pulled out and punished severely for their actions.
there are too many lazy people in the uk who are happy to concoct some lies to live off their fellow taxpayers for their whole lives and their greed and dishonesty is unbelievable.

These theiving liars need to be stopped.

Looking at some of the other postings here I see there are sympanthisers ( probably swing in the lead themselves ) After 40 years of working for myself I have only had 10 ten days off genuinely ill because I had to get the cheque for the work.

The benefits people do not for some strange reason look at whether these cheats are sharholders in Ltd companies when considering how much they are ENTITLED (God I hate that word) to. I know people who claimfo everything who have 100K + squirreled away in ltd accounts gaining interest and not to be part of the calculations. They have the cheque book for these accounts they can draw wages if they want to. How stupid is the govt to let this happen.

Last year I paid an honest £78000 tax to keep these spongers it cleaned us out and now we face the worst recession ever with little funds. What for we ask ?

Anonymous - all the benefit theft in Britain pales into insignficance in comparison with the billions of your money that have been shovelled into the financial black hole caused by incompetent bankers.

And incidentally, unemployment and benefit dependency have the same cause as the banker-induced property bubble/bust.

i started work at 16, as a yts, got a plasce on a CITB course as a heating enginner, served my time as a endentured aprentices, did gas, arc weilding, did coureses in CORGI, gas safety, 1throughg to 16,
had 2 days off sick in 17 years..then i got ill, cramps, mucles spasums, ect.. carried on, ..it got much worse, to the extent i kept falling off roofs(falling off a roof dosnt hurt!!-the landings dose!)droping things, my hands would suddenly let go off things, by this time i was married, 2 small children, morged house, ect..went to see my consultant,
i was diagionsed with C.M.T, its a progressive muscle/neurolagical illnes, no cure, it kills the nerviuse system, and wastes your muscles..Oh, and just for devilment, its herdditary... and yes, both children have it..so i carried on working, till i colasped..my consultan went ape, apaerntly, i wasnt fit enought to work, but i thought i could..now im retired due to ill health, my wife works full time as a carea at a old folks home, we are on benifits, ive had 7 "Randon " investagations by custom and exceses in the last 7 years..because, "You fit the profile"im ex building trade, im 45, and on benifits..and no, they didnt find anything, theres nothing to find..i was also reported as being working from home, to the benifits offices, anominusely, a few weeks ago.. my crime? well, i go out!!"and i go out freqently!!try sitting in a room stareing at 4 walls..
before anyone judges any one, try walking a mile in there shoes
mike

And what about MP's who claim wrongful expenses, you never hear about those having to pay money back after they have been to prison.

But some MP's did pay money back before they were investigated.

Is this a good example set to the public by our MP's ?