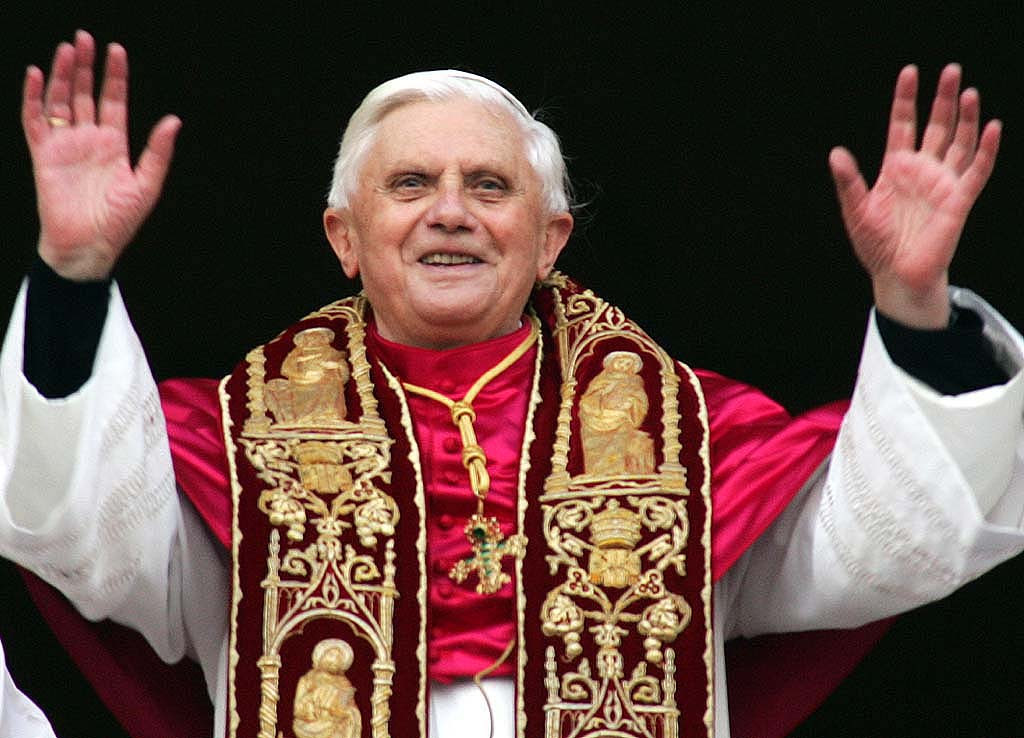 Can it possibly be accidental? It seems incredibly unlikely. The ambiguity, the obfuscation, the confusing selection of language served up in Amoris Laetitia is deliberate, planned and carefully constructed. Great thought has gone into it. The deceit is hidden in its employment of intricate language rather than honestly stating what is intended. How can its openness to interpretation be anything other than wilful? This, rather than making the inconsistencies and errors within it more tolerable, makes the authors more blameworthy than excusable, since such effort has been expended on deceiving the Faithful that it is orthodox, when it is anything but.

This is made even more sinister by the fact that this has been the intended outcome of the document despite Bishops voting out those aspects which were poisonous - and yet they were ignored. They might have thought that being invited to the Synod would entail their views being taken into consideration when they were instead arrogantly ignored.

More sinister and - given its far-reaching audience - criminal is it yet, because this has been the intended outcome for three years, if not more. Their presence at the Synod, then, was to lend legitimacy to the deception, orchestrated, as it was, from the very summit of the Church. Rather than synodality being respected and strengthened, power over the issues at stake and decision-making has been abrogated to a central source with Politburo-esque efficiency. The sheer dishonesty involved in the Synod on the Family, of which Amoris Laetitia is the rotten fruit, is astounding. Now, the mask has finally been removed.

But it is more than astounding. It is chilling because cleverly disguising your true intentions through deceptive means isn't just what politicians do, it is what liars do, what thieves do, what con-men do. It is, in fact, what the Devil himself does. Jesus called him a liar and a murderer, a murder from the beginning. He is not, in fact, a murderer of men's bodies. He is a murderer of men's souls.

The Church is an infallible guide to faith and morals and one of the Successor of St Peter's roles is to speak and teach in such a way that clarity is given to the Faithful regarding both faith and morals, so that none may be led astray. This document fails to do that and I cannot see how - whatever else one may say of this exhortation - this can be interpreted as anything else but a dereliction of papal duty to teach, instruct and guide the Faithful in such a way as to lead the flock in the way of life eternal.

Of course, there will be many who say that those who criticise this document are the real wolves, because they damage the unity of the Church. Most who read this document, however, are genuinely in search of the truth of what it really means. It's ambiguity permits both heterodox and orthodox to claim victory. Today - and until clarification is given - this battle over the document will be fought because it is so very important to the life of the Church.

Only the Pope himself can bring clarification to those passages which have caused confusion and scandal. A relatively short document could be produced that would bring this much needed clarification to the attention of the Church's cardinals, bishops, clergy and laity. With a word - not with 260 pages - the Pope could do this. If he does not, Catholics surely can only assume that the ambiguity itself and the continuation of the confusion that exists among the Faithful over it, is serving some kind of intention within the corridors of the Vatican. Such confusion can only serve the Enemy of God and man. It cannot serve the Lord's purposes. The Lord's precepts are crystal clear. It is only what now flows into the Tiber that is murky.

I was reading The Acts of the Apostles over the weekend and came across the first apostolic exhortation: "And with very many other words did he testify and exhort them, saying: Save yourselves from this perverse generation." Acts 2:14-40 The results: "They therefore that received his word, were baptized; and there were added in that day about three thousand souls. And they were persevering in the doctrine of the apostles, and in the communication of the breaking of bread, and in prayers."

There is no longer any question that VC2 was indeed not a "new pentecost" but an ANTI pentecost. However, what I say to you and all the pharisee scribes who have been talking/writing so long w/out ACTing: "Jesus said to them: If you were blind, you should not have sin: but now you say: We see. Your sin remaineth."

It is highly unlikely to b e accidental. I have commented elsewhere that at times such as these what is perhaps more interesting is what people don't say and what “nice “topics they choose in order to avoid saying such things.

What is needed in Christ's Church at present is clarity and leadership, not ambiguity nor leaning towards the World however much the World, in its passing, smilingly approves, thinking they have come to their senses at last.

This is a very sad pontificate. I started to write what I 'feel'---that this is a horrible, impossible time to be alive. But we were known by God from our beginning. So, chin up, etc. We must ask, what to do next. If we don't recognize an answer, then we know that the immediate answer is to pray without ceasing.

Thank you for continuing to write during this very difficult time. It is appreciated by so many!

That video is criminal - parents should be suing that they are sending their children to Catholic School to be catechized in the Catholic faith and instead they are being indoctrinated in the anti-Christ (Jesus states divorced go to hell; Herod KILLED John the Baptist "the greatest man born of women"; Judas betrayed Jesus). These filthy perverts uphold those who killed Jesus and teach the opposite of Jesus' teachings yet they claim Jesus' name. This is FRAUD!

I doubt whether it is accidental but could it just be someone who is simply very confused and cannot see the wood for the trees? Is there a total lack of rigour in the thought processes of the author; somebody who is not very bright and just gets angry when someone brighter than themselves points out the deficiencies in their thought processes? However there are some very bright people who will exploit the confusion.

One is reminded of schooldays and people egging on some idiot to do something silly.

The answer to every post-synodal moral questions:

That's how I see the so-called "new pastoral".

My sons have both left the church. Why would I want to bring them back into the church now knowing that its leaders teach that the irregular situations they live in are no longer sinful? There is no more moral/spiritual safety in the church.

The exhortation disappoints. It has not opened the door to the faithful remarried; it remains anti- gar. Far from being liberal, the Pope has made odious comments about trans gender young people. The church is veering to the right.

That video really makes you want to punch someone . . . rhetorically, of course.

The host of his video, Father James Martin, SJ is a Jesuit who is outspoken in his support of female ordination and homosexual marriage. He is about the last person I would ask for a RC opinion.