Sunday Evening Must Read for Every Synod Father 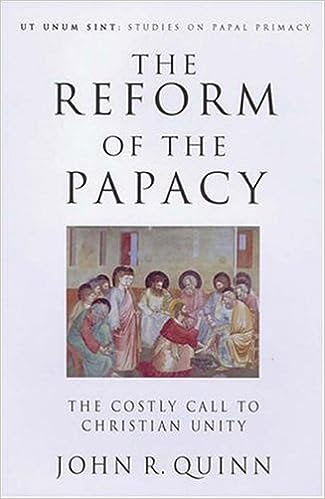 During the 2015 Ordinary Synod, we've heard discussion of the possiblity of "regionalism," that is, allowing national bishops conferences to decide diverse "pastoral policies" regarding the Eucharist for the divorced and civiliy remarried, cohabitation and even homosexuality. In an October 15 interview, Raymond Cardinal Burke rightly said that the proposed "regional diversity" is " simply contrary to Catholic Faith and life. "


Yet Pope Francis himself in an October 17 speech brandished his resolve to "decentralize" the Church, even if he has to impose this decentralization from the top down, which would be a perfiduous abuse of authority.[1]

This un-Catholic "regionalism" and de-centralization did not appear suddently at the Synod, it has a history.

A destructive new program now in the works, which had been flying under the radar of most concerned Catholics, but is now coming to light by means of the Synod now undersay. It is the proposed radical restructure of the Church based on the modernist thinking of Cardinal Martini, Cardinal Lehmann, Cardinal Danneels, Cardinal Kasper, Archbishop John Quinn, and yes, even Jorge Bergoglio. This new program is the basis for the “regionalism” now being voiced at the 2015 Synod on the Family.
Anyone who is familiar with the St. Gallen group will know what I'm talking about.
This group was quietly formed in 1999 during the administration of John Paul II.

In order to prevent what they consider to be meddlesome interference from the Vatican, the St. Gallen group worked for a fuller development of Vatican II's teaching on collegiality and synodality, with the ultimate aim of giving Bishops’ conferences more autonomy from Rome...

Read the rest at CF News.

Think Vennari left off some U.S. Cardinals in this "St Gallen" group, namely: McCarrick and Mahony (guess so his press credentials don't get revoked! Or so he can keep his 'sources' among the cardinals). To my mind "scribes" like him are MOST of the problem - and 99% are like him!

Wonder how many babies have been murdered (not to mention teens raped and/or corrupted into sodomy) because of their silence?
https://www.lifesitenews.com/news/cardinal-mccarrick-continues-to-conceal-romes-insistence-that-pro-abort-pol

Of course, JP2, that great prolifer, who loved the family and hated sodomy loved money most of all--ergo Cardinal McCarrick & Fr. Maciel.

"The top floor has been configured with four bedrooms, a chapel, an office, kitchen, living room, and dining room. McCarrick shares the apartment with auxiliary bishop Kevin Farrell and two priest secretaries."

"Farrell was ... also General Administrator of the Legion of Christ with responsibilities for seminaries and schools in Italy, Spain, and Ireland. In 1984, Farrell was assigned to the United States and incardinated in the Archdiocese of Washington, D.C. He served as an associate pastor at St. Peter's Church in Olney, St. Bartholomew Church in Bethesda, and St. Thomas the Apostle Church in Washington. He succeeded Fr. Seán O'Malley, OFM Cap, as director of the Spanish Catholic Center in 1986."