It is not 'Francis Vs the Church' 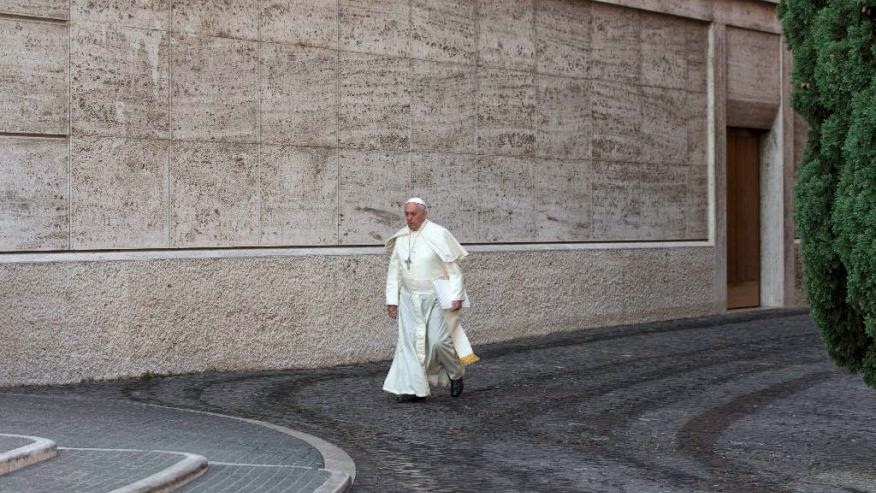 A Daily Telegraph article - and there will be many like this - attempts to pit Pope Francis against the Catholic Church. In these analyses, Francis is the great 'enlightened one', the great 'moderniser' (think Tony Blair, the Labour Party and Clause 4 or David Cameron, the Tories and 'gay marriage') and the Church is out-dated, unfair, unenlightened, even evil. Even Catholics - perhaps even Cardinals and Popes - continue to believe the Church is a political entity or Party.

It is not. Let's be clear about this. If Pope Francis desires to tamper with, dilute, modify, edit or remove the doctrine of the Church for the sake of 'pastoral necessity', or even wishes to ignore the Church's teachings then the situation is not merely one of Francis Vs Church. The Church and Christ are one. If Francis is attempting to do any of the above then he isn't 'taking on' merely the Church as an institution, but is seeking confrontation with - rather than the imitation of - Christ Himself. The Pope is called to stand 'in the place of' Christ on Earth, not to 'stand in his way'.

Of course, we're not certain that this is the case because as Cardinal Burke noted, a statement defending the timeless - yes, timeless (read: true in any age, including this one and all to come) - teachings of the Church is "long overdue". The suspicion has been aroused however, that Pope Francis is permitting everything to be discussed in the manner that it has because nothing (heresy, blasphemy, error) can offend him, even if Our Lord is offended. Suspicion has been aroused that the Synod didn't go according to plan because the resulting votes were not liberal enough!

The suspicion has been aroused that it was not Peter's faith which was firm and rock-like, but that of the Bishops and Cardinals who said no to the (renaissance?) Prince of Princes orchestrating things behind the scenes to go the way of Cardinal Kasper - the way of those who think that Christ's teachings are no longer important for the Church.

So let's just be clear on this: He who is against the teachings of the Church has, for 2,000 years, been against Christ and His Church - against the Church and its Lord and God - that is anti-Christ. That has been true for lay persons, priests, nuns, monks, friars, canons, bishops, cardinals and popes. Why this perception should change that you can be anti-Church and pro-Christ in 2014 is mysterious indeed.

You cannot be anti-Church teachings and pro-Christ. You can only be anti-Church teachings and anti-Christ. You can say that the Church is full of wicked sinners. You can say bishops and Cardinals are corrupt and depraved. You can say priests are often terrible priests. You can say that the laity are lukewarm and adulterous. You can say the whole of the Church is seemingly black, but you cannot say She is not beautiful. She is beautiful because she is the Bride of Christ and in Her teachings she can never err, not yesterday, not nearly 2,000 years ago, not nearly 1,000 years ago, not today, not now, not ever. She was always intended to stand in contradiction to, not in agreement with, the World.

If a layman cannot sign, 'I agree' at the end of the Catechism of the Catholic Church he places himself at emnity, not in friendship, with Jesus Christ. If a bishop or even the Bishop of Rome cannot do the same, according to the Faith of the Church, he too, like the layman, ceases to be a Catholic. Yes, in this sense, in the Catholic Church, we have always had equality. If a Pope contradicts the Teachings of the Church, or places himself at emnity with the words of Jesus Christ, he can be as heretical as a lay man who does the same and the fact that he is a Pope and is placed in great authority over the Church makes no difference to this truth. Not. One. Bit.

So if ever a Pope arrives who teaches in such manner that he thinks he knows better than Jesus Christ what to teach the children of God, then remember that if in conscience you wouldn't accept these same words from me, or Austen Ivereigh, because we are lay men, that you don't have to accept them from the Pope either because nobody - not even the Pope - knows better than Almighty God Who has vouchsafed to grant to the Catholic Church the fullness of Truth. Each Pope is servant of the Truth, not master of it. That was true of Blessed Paul VI, Saint John Paul II and Benedict XVI. We hope and pray that Francis will adopt their humble attitude towards Jesus Christ and the Church from which He can never be separated, since the Bride and the Bridegroom can never be divorced, for what God has joined together, let no man put asunder!
at October 20, 2014

Well said Laurence. The authoress of the article you highlight has her own axe to grind because she is shacked up with another woman's husband. Everything she writes about the Church's moral teaching should be read with this in mind. She has as much credibility as a bishop mired in adultery who refuses to teach the moral doctrine of the Church.

Our faith is in the Lord of the Church - Jesus Christ - not the Pope and certainly not Christina Odone. As St Paul says : "If anybody should bring you a Gospel which is different from the one you have received - even if he be an angel from heaven - let him be anathema."

Your link to the DT article has provided an interesting exchange of comments there. Many a time I find comments to be more interesting than an article itself and this was no exception. The usual atheists put forward what they think are facts about the Church and brave Catholics try and put them right!

One comment stood out for me. The named commenter stated that he was someone who had 'publicly repudiated the heresies of Rome and had left its priesthood.'

Curious this led me to look him up to discover that he had been a seminarian in the 1980s and later ordained a Priest in the West Country. However he had indeed left the priesthood a few years later joining a sect (and made a minister) I had never heard of which was founded way back in 2003! He was then actually made a 'bishop' although he later resigned and took his 'church' out with him and in the meantime got married.

Apparently there are five congregations of this so called church of which only three are currently described as active!

Reading about his 'progression' from the Catholic Church to where he is now set me wondering how many other Priests of his generation are there still ministering in parishes? Quite depressing.

One thing you did not say in this post. Our obedience is to the fullness of the Faith that has been given to us by Christ through the action of the Holy Spirit. If any prelate, read priest, bishop, cardinal, or pope deviates, even slightly, from the true doctrine the Church has given to us, he loses his authority. You can check this with Thomas Aquinas and Dietrich von Hildebrand. Well did the Second Vatican Council teach primacy of an informed conscience Get a Catholic Catechism for you will need it.

People should have Catechism-signing parties. And then present the Catechism to their bishops, to demand their signatures as well.

Ray Cain
None can say it better...the truth as taught us for 2,000 years...can never be changed as truth never changes.What was true yesterday, is true today...and will be true also tomorrow.

Bravo! Yours is the best article, that I've read on the Synod on the Family 2014.

Correction:
My last paragraph should have read 'how many other Priests thinking like him are still ministering in parishes?'

The Pope Who Won't Be Buried

It has been a long time since I have put finger to keyboard to write about our holy Catholic Faith, something I regret, but which I put larg... 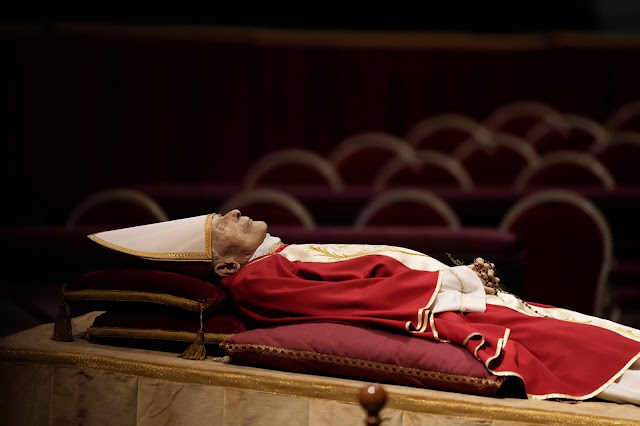