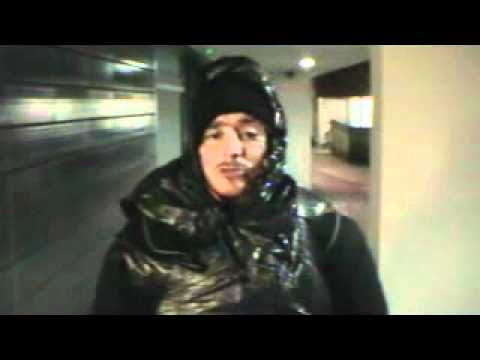 I have just returned from a small break away and urge you to defend Fr Ray Blake whose August post musing on the Feast of St Lawrence and the poor has been misrepresented and distorted by a shoddy journalist for The Argus.

In his blogpost, Fr Ray suggested that Christians needed to let the poor 'mess things up' a little in the lives of Christians. Oh boy! And this one does - so much so I'm thinking of moving to Southampton!

Perhaps, given that he is so interested in defending the poor against the accusations of Catholic priests in Brighton, Bill Gardner would like to live in Fr Ray's Presbytery for a week and see how he copes with managing with greeting the poor who come to Fr Ray's door seeking his help, financial or otherwise.

Or, alternatively, Mr Gardner, you could, as Fr Ray has suggested, help out either with the asylum seekers charity working from Fr Ray's basement that distributes food to those with no access to public funds, or to the homeless of Brighton and Hove (many of whom have no benefits) who are fed directly by the soup run of St Mary Magdalen Church every day of the year come rain, come shine, without fail.

Or, alternatively, Mr Gardner, you could come and live at my flat for a week and have the man pictured above disturb your cozy lifestyle by shouting, as he was five minutes ago, up at your window at midnight, disturbing both you and your neighbours. Unlike me he has a heart of gold, but such sentiments go out of the window when he turns up there and bellows your name.

By no means was Fr Ray's whole article centred on this one individual, but perhaps Mr Gardner should be aware that this individual finds more mercy, charity and love at St Mary Magdalen's Church and from its Christians than he finds in all of Brighton, since the Council saw fit years ago to place upon him an ASBO that means he is banned from nearly the whole of Brighton bar London Road and parts of Kemptown. Anyone would have thought Brighton and Hove City Council wanted this man out of town, or something!

When he's not going around begging, drinking and making noise, he's being fitted up by Sussex Police in an entrapment process to get him back inside for selling them drugs, or being put back behind bars for breaking his draconian ASBO, for such offenses as walking on the wrong side of the street, or for walking on a street from which he is banned. Perhaps the only place this man is not banned is St Mary Magdalen Church, even though, frankly, he has disturbed worship enough times to have been forcibly removed and forbidden from ever re-entering.

Perhaps, Mr Gardner, next time you are on London Road, you can interview this man (yes, I'm sure you recognise him) about his life, his horrific upbringing, his behaviour, his ASBO, how Sussex Police fit him and other homeless people up for prison via entrapment by deceptively getting them to sell them drugs and other such tales. You could do that, if you were a real journalist, but you are not - not yet at any rate. You are a tired and lazy journalist who takes stuff people having written on their blogs only to misrepresent their reasoning to fit your own prejudices and agenda, and, just to prove you are really lazy, fails to give readers the original source of your 'quotes', thereby slandering the person who wrote the really quite thought provoking piece.

Because of his misrepresentation, malicious in nature, if perhaps not in intent, Fr Ray's good name has now been soiled not only in the local rag but in the Daily Mail, The Sun and The Telegraph as well. Lazy journalism all round, since the Mail went and lifted Gardner's article and more or less reprinted it word for word.

So, sorry to break it to the anti-Catholic press, local and national, but one of the individuals Fr Ray was talking about in his post finds sanctuary in the Church, whereas he is cast out and shoved from pillar to post by Brighton's corrupt city Council, its corrupt Police and more or less everyone else save for the Church and the small minority of people living here who have compassion on the poor. Perhaps next time, Mr Gardner, check your facts, get some context, link to the source material and interview the actual people involved in this multi-paper pile-up of a journalistic car crash.

Well its gone midnight and I've ignored him and put a bit of money outside my flat for him.

What would you do, Mr Gardner? Call the police?

It's clear this "journalist" is scum of the earth and isn't fit for Fr. Blake to wipe his boots on. I, too, caught the story late, unfortunately. And sucks to the other national LAZY ASS "reporters" from the other press. Fr. Blake should sue the lot of them for defamation of character. There'd be enough to run the soup kitchen for years for the damages he deserves.