None Dare Call It Eugenics 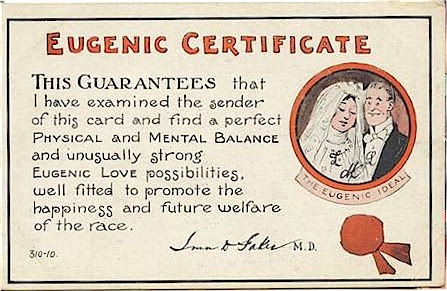 I have recently been introduced to the stories of three different people all with different issues, but all three linked by a common assault on their innate dignity by the State.

One is a girl whose children are in care.  She became addicted to heroin. Her husband, from whom she fled later, beat her up regularly. Not only were her children taken into care, but her recent child, six months ago, was taken away from her at birth to be put up for adoption. With this child she will have letter contact, though there is no guarantee the child will see her letters or reply until the age of 16 or 18. She said that social services never gave her a chance and that the court were totally dismissive of her. She desperately wanted to quit and keep her child, but the odds were stacked against her and social services offered her no support. She claimed her own legal advisers behaved like they were her enemies. She claimed they took her child as a newborn because they knew they could make more money out of a newborn.

Another, a man with mental health issues has to receive a depot injection for paranoid schizophrenia. He claims the injection, which he has to receive every few weeks, does nothing to combat the 'voices' in his head, but does successfully render him infertile. If he doesn't receive this injection, he'll be sectioned and put away for months. He's a gay man, but I assume that if he were the other way inclined or fell for a lady and got her up the duff he would have his child taken into care. I'm convinced, though I'll never know for sure, that it was all the acid and weed that he did in his youth that contributed to his schizophrenic condition today.

Another woman was told by her 'keyworker' at St Patrick's hostel that she would be 'well-advised' to receive a contraceptive implant. An alcoholic who had her two children taken away and placed into care, she was drunk at the GP surgery where she received the contraceptive implant under the influence of alcohol and now regrets the decision. I'm told she has a liberal attitude to sex and is promiscuous. If she did not have a liberal attitude to sex and alcohol, would the State be in a position to 'advise' her to accept something she doesn't want? But then, I suppose she's only doing what the society says is good - living free and for the moment.

She claims she felt like she was being "coerced" or even 'forced' into receiving the implant, which has caused her a great deal of sickness, abdominal pain and irritation, as well as vaginal bleeding. She was talking about getting it out with a knife. I told her to go see her GP. What else can you say?

It strikes me that the sexual liberation and liberal attitudes towards drugs has worked well for those who can adopt a libertine lifestyle with wealth and impunity, but not so well for those who embrace the lifestyle and who live in poverty - on the ever-scanning radar of social services and the health authorities - or even those who just want to have a family and struggle by because, let's face it, everything is in the 'best interests of the child'.

Those of us who were not born Catholic or who have been cradle Catholics and lapsed from the Church, I am sure, all have our stories about how we drifted away from the Church to adopt 'interesting' or eccentric 'lifestyles' that involved sex, drugs, rock and roll, or all three. For most of us, overcoming our vices with virtue is a daily struggle that involves a degree and likelihood of failure. It is this that enables us to be compassionate.

Habits we adopted in earlier life are harder to break with and, if you're anything like me, we need God's grace perhaps even to get out of bed in the morning. It is likely, however, that despite the personal cost and cost to others that we discovered upon welcoming vice into our lives, we never suffered or do suffer the degree of humiliation and crucifixion encountered by the very poor whose crime is to go along with the hedonistic spirit of the age adopted by the rich.

The total abandonment of objective, traditional morality, egged on by media, musicians, artists, governments and pretty much everyone but the Popes and a few more has done tremendous damage to individuals, families and society across the social spectrum.

It is, however, the poor who have suffered the most from this horrendous social experiment and who count the cost in broken hearts, dreams and families.

The universal acceptance of liberal social values and moral relativism has allowed vultures to pick at the corpses of the poor and defenseless, because it seems that nobody in society or in public life has been able to criticise the liberal agenda lest someone be offended. Political correctness has stifled all debate on morality and things once thought taboo, it has become taboo to criticise.

This week one of Brighton's homeless died from kidney failure, a girl of just 34. Pray for her. Her body gave in after years of drug abuse, rough sleeping and alcohol abuse. I've no doubt her story, her past, is a harrowing one along with that of a good friend who she leaves behind who is bereaved. Street homeless in Brighton are still shocked that a beautiful girl of 34, whose family are apparently rich, died on the streets of Brighton a beggar.

Once the poor have embraced a libertine lifestyle it makes it very easy for those working in authority to rob them of more fundamental human rights that people used to fight for and champion before the age of 'equality' really kicked in. The right to 'reproductive freedom' - the right to a family - becomes a right easily eroded when the poor are judged unfit to raise children, because of alcohol and drug abuse. 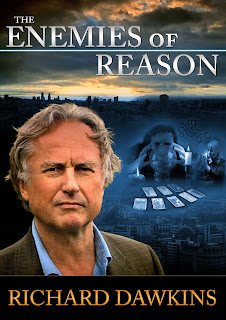 One could easily be forgiven for thinking it was in some way planned by those with a eugenic interest in manipulating society to accept all liberal values so that the same society would accept the removal of the rights of the poor. Social chaos is required - necessary in fact - in order for a new social order to emerge that relies upon constant State intervention.

Along with being a morally perverse society, we've become a totally hypocritical society at the same time. We say of this generation that it is 'anything goes', but it really isn't that. It is 'anything goes' for the rich and 'anything but' for the poor. When the poor do what the rich do, the rich are horrified and strip them of their rights, while refusing to amend their own lives. They don't dare call them sinners, lest they have to admit their own sins or that such a thing as sin exists. That would be to tear their own playhouse down!

Of course, it won't stop with the poor, but the mentally ill, the others deemed 'unfit' and presumably, if the Royal Society's Richard Dawkins and all his Royal Society mates gets his and their way, the religious types, too. That was certainly the implication of what Dawkins was saying when he said that being brought up Catholic was 'worse than child abuse'.

We talk a lot about the future and that we are concerned that the Government is becoming more atheistic and brazenly totalitarian - asserting control over institutions and words. The sad truth of the matter is that this has been the case for many years. It is only now that we feel that it could start to happen to us that we complain. That's the only time, it seems, that we become genuinely concerned. As is usually the case, the graver sin belongs to the rich because while local authorities and family courts and health authorities have been shafting the poor, I never once heard the Catholic Church in England and Wales stand up for the rights of the children of the poor robbed by the State to be placed with the rich. Perhaps now that it is the children of the Church and its families who will, in an atheistic State, perhaps in years to come be in line for forced adoption and forced contraception, the Church will call this disgusting attack on human rights the evil that it is.
at December 29, 2012

Laurence this is a terrifying prospect, and I hope I will never be in a position to chose my faith or my children!