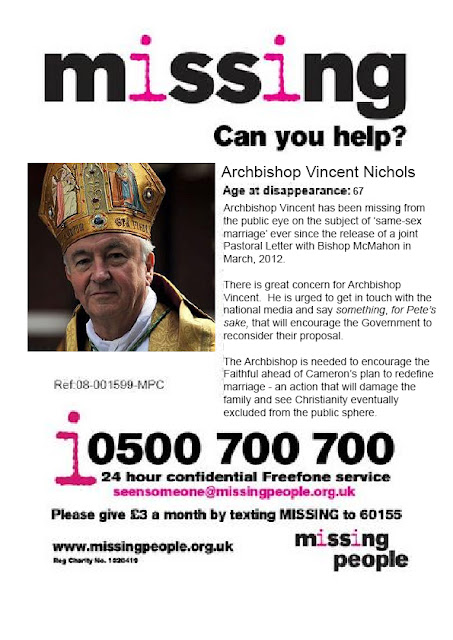 If His Grace issued a pastoral letter on the subject, that would be a great help....and if he dedicated all Masses celebrated on the Feast of the Holy Family, that, too would be good.
I don't think that is asking too much.

But do we want to find him? Perhaps further down the road, or rather down the river? Maybe we will be told that after confidential discussions his Grace is satisfied with the quadruple lock (just announced in the House of Commons) that protects those of a religious persuasion from having to do anything they do not want to do, indeed to do anything at all. We should then all be thankful for this victory and learn to appreciate the actions of the Bishops Conference working in somnolent and silent unison apart from that Egan fellow down in Portsmouth. Who does he think he is? Another Fisher?