Language of 'Husband', 'Wife', 'Mother' and 'Father' to be Removed from 'Official' Documents 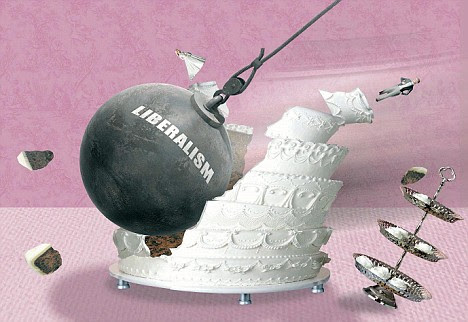 'Immigration and benefits forms will replace some references with the "neutral term" "spouses and partners".

It follows consultation with gay rights groups, who have also drawn up draft bills for divorce laws to avoid "confusion".

Campaigners for same-sex marriage say that, while they wish the terms "husband and wife" to be retained in most cases, there will be examples in which it would be confusing to refer to husbands and wives. It emerged this week that the terms "mother and father" may also have to be taken out of official paperwork to accommodate the new arrangements.

An official Home Office background paper says: "The UK Border Agency will require minor changes to application forms and staff guidance to highlight the changes to the law, and replacing references to 'husband and wife' with more neutral terms 'spouses and partners'."

Ben Summerskill, of the gay right group Stonewall, said that fears that "husband and wife" would disappear were "based on a false premise". He said: "It is precisely because gay people want to be called husband and wife that we are seeking this change."

It emerged yesterday that the overhaul could cost up to 4.5 million, including 2 million to adapt IT systems at the Home Office, which oversees the General Register Office. The Department of Work and Pensions is also expected to spend 1 million changing IT systems to accommodate same-sex marriage. Meanwhile, existing stocks of divorce petitions will have to be pulped and reprinted to allow for the change.'

So, when the Government 'consults' with gay groups, these groups are allowed to draft the legislation but when the Churches are consulted they are told not to polarise the debate, or, actually, to express their opinion because it might be offensive to the gay groups. Now, that's what I call a free, equal, open and fair consultation! The language of husband, wife, mother, father are now to disappear to be replaced by 'spouse 1', 'spouse 2' or something equally atrocious - because of the same-sex marriage bill - which hasn't even been voted on by Parliament yet, let alone made it through the consultation!

Then, after all that, when it is obvious that Government and civil service is already hiring the wreaking ball for the demolition of the institution of marriage, Ben Summerskill claims that, despite what you've just read on the The Telegraph, fears that the language of 'husband and wife' would disappear are 'based on a false premise'. What 'false premise' might that be, Ben? The premise that the Government are doing exactly that and all at your behest? Then, just to cap it all off, the Stonewall chief executive says "It is precisely because gay people want to be husband and wife that we are seeking this change". So, Ben, which one is the husband and which one is the wife? What an insult to men and women and husbands and wives that ridiculous statement is. The same-sex marriage proposal has not yet gone through consultation period yet, let alone gone before Parliament and already, it would appear, it is obvious that its impact on the institution of marriage will be similar to the image above. For further reading, I recommend Gay Marriage: Eight Centuries of English Law Obliterated Overnight, in which the writer says that the Minister responsible for re-writing English law will have quite an undertaking on his or her hands. The terms 'husband' appears on statute 1,003 times. The term 'wife' appears appears on statute 888 times,
at March 16, 2012

Laurence: Have you read the consultation paper on gay marriage? The assurance given to the "religious organisations" (Newspeak for churchs) are utterly worthless in regard to the performance of gay marriages in Church not being forced upon us.

On the subject of gay divorce the document says the Judges will have to work out how to define gay consummation and gay adultery. Ugh!

Of course the assurances are worthless. The Church is an obstacle to be removed, by law if necessary. Do you have a link to the consultation paper?

Manipulate, manipulate, manipulate. When will our mainstream politicians realise that they are being played like a fiddle by liberal/neo-marxist extremists who's motto is 'the ends justifies the means'. Any lie, any obfuscation is acceptable as long as the liberal 'permanent revolution' is carried out. Ben Sumserkill's quote at the end being just the latest of many many examples.

Where could this be heading?. Well the abolition of marriage itself if sometime Independent jouranalist Julie Blindell gets her way. She comes out with the usual feminist/marxist claptrap and calls marriage a 'failed social experiment' in the discussion below. Marriages are slammed as patriarchal and oppressive to women, men are slammed as wife beaters, families places where child abuse and worse takes place. Its obvious. Marriage itself has to go and be replaced by civil partnerships for all. 'Liberation' is at hand.

Greg Daly does fairly well but he's easily outnumbered 3 to 1 in this totally one-sided debate. The really telling bits are about 12-16 mins in but I only got as far as 18 min because I didn't have enough time to listen to it all last night. Is it any coincidence this took place on Voice of Russia radio show?. I doubt it.

will take you to the home office site and you can download the consultation documents from there. I have emailed my comments to you.

I actually just left a similar comment on another blog, but a lot of this has already happened! I am from the US and moved to the UK last year and have noticed that every form I fill out lacks any husband/wife distinction or reference to the term "married"... including my immigration forms (these already say "spouse" and "partner"), doctor's office/hospital paperwork, mortgage applications, insurance and bank forms... I could go on and on!

Peter Tatchell is due to speak on "Marriage Equality" at All Saints Church, Hove, on 26 March.