Bishops Forthcoming Pastoral Letter on the Defence of Marriage 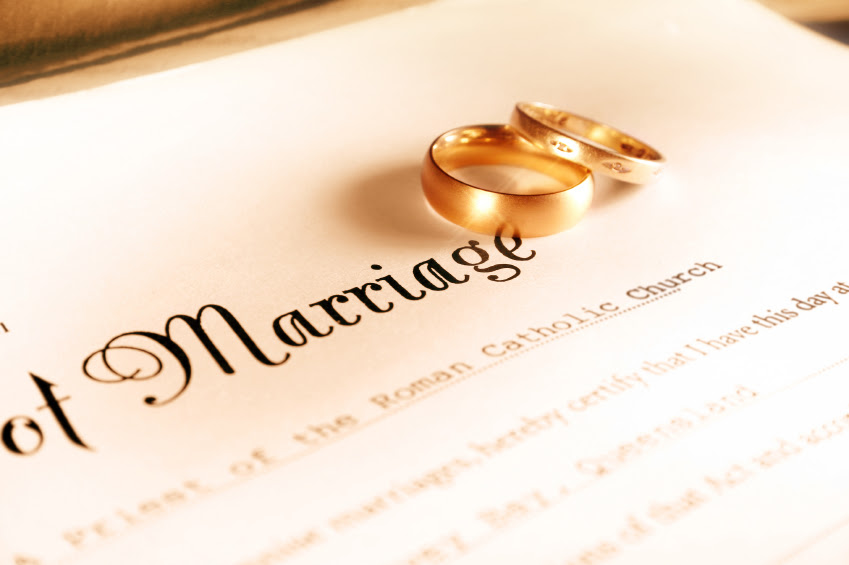 This week the Coalition Government is expected to present its consultation paper on the proposed change in the legal definition of marriage so as to open the institution of marriage to same-sex partnerships.

Today we want to put before you the Catholic vision of marriage and the light it casts on the importance of marriage for our society. The roots of the institution of marriage lie in our nature. Male and female we have been created, and written into our nature is this pattern of complementarity and fertility. This pattern is, of course, affirmed by many other religious traditions. Christian teaching fills out this pattern and reveals its deepest meaning, but neither the Church nor the State has the power to change this fundamental understanding of marriage itself. Nor is this simply a matter of public opinion. Understood as a lifelong commitment between a man and a woman, and for the creation and upbringing of children, marriage is an expression of our fundamental humanity. Its status in law is the prudent fruit of experience, for the good of the spouses and the good of the family. In this way society esteems the married couple as the source and guardians of the next generation. As an institution marriage is at the foundation of our society.

There are many reasons why people get married. For most couples, there is an instinctive understanding that the stability of a marriage provides the best context for the flourishing of their relationship and for bringing up their children. Society recognises marriage as an important institution for these same reasons: to enhance stability in society and to respect and support parents in the crucial task of having children and bringing them up as well as
possible.

The Church starts from this appreciation that marriage is a natural institution, and indeed the Church recognises civil marriage. The Catholic understanding of marriage, however, raises this to a new level. As the Catechism says: ‘The matrimonial covenant, by which a man and a woman establish between themselves a partnership of the whole of life, by its nature is ordered toward the good of the spouses and the procreation and education of offspring; this covenant between baptised persons has been raised by Christ the Lord to the dignity of a sacrament.’ (para.1601)

These rather abstract words are reflected however imperfectly in the experience of married couples. We know that at the heart of a good marriage is a relationship of astonishing power and richness, for the couple, their children, their wider circle of friends and relations and society. As a Sacrament, this is a place where divine grace flows. Indeed, marriage is a sharing in the mystery of God’s own life: the unending and perfect flow of love between Father, Son and Holy Spirit.

We know, too, that just as God’s love is creative, so too the love of husband and wife is creative of new life. It is open, in its essence, to welcoming new life, ready to love and nurture that life to its fullness, not only here on earth but also into eternity.

This is a high and noble vision, for marriage is a high and noble vocation. It is not easily followed. But we are sure that Christ is at the heart of marriage, for his presence is a sure gift of the God who is Love, who wants nothing more than for the love of husband and wife to find its fulfilment. So the daily effort that marriage requires, the many ways in which family living breaks and reshapes us, is a sharing in the mission of Christ, that of making visible in the world the creative and forgiving love of God.

In these ways we understand marriage to be a call to holiness for a husband and wife, with children recognised and loved as the gift of God, with fidelity and permanence as the boundaries which create its sacred space. Marriage is also a crucial witness in our society, contributing to its stability, its capacity for compassion and forgiveness and its future, in a way that no other institution can.

In putting before you these thoughts about why marriage is so important, we also want to recognise the experience of those who have suffered the pain of bereavement or relationship breakdown and their contribution to the Church and society. Many provide a remarkable example of courage and fidelity. Many strive to make the best out of difficult and complex situations. We hope that they are always welcomed and helped to feel valued members of our parish communities.

The reasons given by our government for wanting to change the definition of marriage are those of equality and discrimination. But our present law does not discriminate unjustly when it requires both a man and a woman for marriage. It simply recognises and protects the distinctive nature of marriage.

Changing the legal definition of marriage would be a profoundly radical step. Its
consequences should be taken seriously now. The law helps to shape and form social and cultural values. A change in the law would gradually and inevitably transform society’s understanding of the purpose of marriage. It would reduce it just to the commitment of the two people involved. There would be no recognition of the complementarity of male and female or that marriage is intended for the procreation and education of children.

We have a duty to married people today, and to those who come after us, to do all we can to ensure that the true meaning of marriage is not lost for future generations.

Well that's going to get everybody excited isn't it. Powder puff stuff.

Surely enough material for the next letter...or two?

Thought you might be interested in the first 3 articles on the Tablet blog page. Tina's gone off her rocker again and Terence Weldon is doing what he does best - tell lies.

The "Civil Partnership" legislation has already done 90 per cent of the damage that granting official recognition and status to disordered homosexual relationships does by necessity to the public recognition of marriage. In Britain, homosexual relationships registered as CPs already have most of the legal rights that rightly flow from natural marriage. The proposed legislation simply closes any remaining gap between marriage and CPs, so that for legal purposes, no differences will be acknowledged between true marriage and homosexual relationships that have satisfied the procedural and other requirements for "marriage". It is illogical to denounce the redefinition of marriage in the explicit proposal and not likewise denounce the CPA that is tantamount to the same thing. The Bishops must be consistent - the objective natural truth determines what the only public sexual relationship is and ought to be (Catholicism by the sacrament, simply raises what is natural to include the supernatural).