The Lord Resists the Proud of Heart 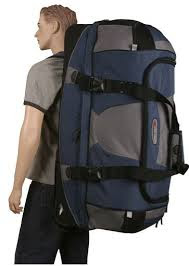 A man fruitful in good works began to attribute to himself the virtues which belong to God alone and gloried in his works. One day, at an hour he did not expect, he died and went to meet his Maker with a proud spirit still in him.

He approached the Lord for Judgement boldly and fearlessly, carrying with him a large bag of good works, the price of which he believed he could exchange for Paradise. The Lord said to him, "Ah, my servant, what is that bag you have on your person? It is full to overflowing!"

The servant replied, "Master! Look, here I have all my good works for You!" He opened the bag and the Lord peered inside. "I have not seen such an array of good works for quite some time," said the Lord, "Thank you very much" and having said that, the Lord took the bag out of his hands and closed the door to Heaven.

The man became confused and incensed at his Lord and began to hammer on the door. After a while, the Lord returned to open it. "Master!" cried the servant, "Why have You not let me in?"

The Lord replied, "I have thanked you since you have returned to Me all of the good works that were Mine. The other bag belongs to you alone."

The servant became fearful. "Other bag?! What other bag?!"

The Lord replied, "The bag full of sins in your backpack."

The servant then realised that upon his back were his heavy sins, about which he had entirely forgotten. "Oh Master! O, Lord have mercy! I had forgotten about the backpack! O Jesus! Take pity on me, Lord, for I am a poor and wretched sinner!" and he fell down and wept and worshipped the Lord his God.

The Lord looked down upon him, smiled and said, "That's more like it!" and with that He took the backpack from him and cast the bag into the void and said to the servant, "Come on inside! We've been waiting for you!"