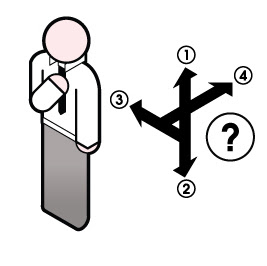 According to ITN News

'Catholics are to be encouraged to make their faith more visible by saying "God bless you" and making the Sign of the Cross more often.

The advice, in a letter from the Archbishop of Westminster, comes a week after the Pope's state visit to Britain. The Most Reverend Vincent Nichols, head of the Catholic Church in England and Wales, said the historic four-day trip by Benedict XVI brought "such joy" and gave "a great boost to so many", providing believers with "new heart" for their mission.

He called on Catholics to respond to the Pope's hope that they will become "ever more conscious of their dignity as a priestly people. With the blessings of this visit we can be more confident in our faith and more ready to speak about it and let it be seen each day," the Archbishop wrote. "A small step we can all take is to be quicker to say to others that we will pray for them, especially to those in distress."

The pastoral letter will be read out in Westminster Cathedral and in 213 other parishes in the diocese of Westminster this weekend.'

So, the next time you go to work, go over to a colleague, perhaps at tea break, tap them on the shoulder, make the Sign of the Cross while saying, "God bless you!" and tell them quickly, "I'm going to pray for you!" Continue doing this with different colleagues on a daily basis and you'll have made the Faith more visible. It might be that your colleagues think you're a freak, but you'll have made the Faith more visible. Of course, it you're a Taliban Catholic and you're feeling brave you could always start a blog and give the link to friends and colleagues, but whatever you do, don't be critical of hierarchy who are compromising with modernity or who don't see the Catholic truth as you see it. Your colleagues will still think you're a freak, mind, but some might just understand where you're coming from...

I'm sorry for being cynical but Catholics need to be even bolder and 'reclaim the streets' in order to resurrect the traditional practise of pilgrimmage and processions. Gay Pride has hundreds and thousands of people come to Brighton and by the end its a mess with people falling over and sicking up, smashed bottles and cans everywhere. At least when Catholics process we take a statue of Our Lady around the streets and clean up after ourselves and we're actually truly joyful because of the power of the Blessed Virgin's intercession.

We are Catholics. We are hardcore. We are the Church Militant. Our weapons are love, prayer and vast a vast ammunition belt of Rosaries. Peter has come, we have been strengthened and now its time to reload. We're not just meant to be 'nice'.

Jeffery Steel has drawn up a delightful petition to thank the Holy Father for visiting us. You can show your gratitude to His Holiness by commenting in his blogpost.
at September 25, 2010

Come on Laurence - give him a break! I believe we Taliban Catholics should now be writing an open letter to the Catholic Bishops of England and Wales via The Guardian to let them know we're prepared to make a fresh start with them. I believe we should be asking them how they would like us to organise: open prayer days in our local churches, where we pray the Rosary, have exposition of the Blessed Sacrament, get our priests to be openly available to hear confessions, sing prayerful hymns, and attend Holy Mass devoutly.

We could have reruns of the TV clips in our parish halls, discussion groups on what the Pope has said to all his audiences:

the children, the teenagers, the politicians, other faith groups, the teachers, the population at large, the Faithful, the priests, the bishops.

All this, along with inviting all (Catholic and non-Catholic) to join a choir learning Gregorian Chant. Even if we don't know it - we can learn. We can set up home groups for learning how to say The Rosary, and Gregorian Chant with all the facilities that are available on the internet.

Laurence - the time for cynicism is over - Benedict has beautifully called us to be happy and praise God. He has shown us that hatred can be turned into respect in the space of four days!

Let us sing together and be happy dispite our different poverties! And may God Bless us all!

I know, its cynical of me. Just the snippet from ITN is a bit wet and far too nice!

Laurence - all the above along with swelling the number of those praying at a vigil in London for the 40 days for Life and adding our name online for praying at home if we unable to get to London.

I was brought up always to make thw sign of the cross when passing a Catholic church as a mark of respect for the Blessed Sacrament rerserved inside. Occasionally on busses, one would see other people making the sign of the cross.

This is a tradition that I would like to see revived. It is a pity that it would not be noticed so much nowadays because not many people travel on busses.

Are you really suggesting we should go up to colleagues, tap them on the shoulder then make the sign of the cross and say 'I'm going to pray for you?'?

In my office there's a Hindu, Muslim, Jew and a Quaker plus a few Christians (practising or nominal, I'm not sure). I think most of them would find it very strange, possibly insulting even if they interpreted it as an attempt at conversion. If one of my assistants or junior staff did this then I would be having a quiet word with them about their inappropriate behaviour. I think such gestures would certainly make most people feel uncomfortable and so it's not appropriate for the work place. If one of my staff did this to a customer then I would move to giving a verbal warning straight away. I am a practicing catholic and don't have a problem about people being open about their religion or talking abut it as part of normal chit-chat or discussions but what you're suggesting is just plain odd.

Of course I'm not suggesting that!

In times past Catholics converted by example, no meat on Fridays being just such one opportunity. It is surprising how many people would comment on the abstinence which could then spark off a chain of events. This is a minor example but, today, we could (those Talibanistas amongst us) make a sign of the cross and say grace before a meal in public.
My stomach churns every time I do it (my wife is made of sterner stuff) but it is a good way of outwardly showing our faith and conforming with the need to give thanks to God Almighty.

I realised that Laurence was being sarcastic. Didn't someone actually lose his job through saying that he would pray for a patient once?

It made me laugh as it reminded me of a highly amusing broadcaster by the name of Gerard Hoffnung. He once did a wonderful sketch on advice to foreigners on entering a railway carriage. 'First of all shake hands with everyone in the carriage!'

I've been eating cheese sandwiches or the veggie option at work for Friday lunch all my life and nobody has ever noticed... In these days of vegetarianism and healthy eating, it's not very unusual at all not to eat meat!

pelerin - a female nurse lost her job for praying home patients during home visits and some of them complained that it had been unsolicited. however, it had happened before and she didn't heed the warning that this was inappropriate so she only had herself to blame really.

Catholic worker....I did state "in times past"
But we can stll say grace before meals in public (or pray outside an abortuary).

If you want to show your gratitude to the holy father for the papal visit, it would probably be a better idea if you wrote an open letter of apology to our bishops since you did nothing but castigate them about the visit before the pope arrived. In the end you were proved so very wrong, it all went off fantastically well and their planning was next to one. You could even try scourging your self in public for penance. I would gladly throw rotten tomatoes at you while in the stocks.

".. a priestly people". Is he still pushing the tired old laity-as-priests line?
Re outward signs, we were taught as kids to make a small Sign of the Cross over our hearts with our thumb when passing a church and to pop in if we had a couple of minutes. Not so easy these days when churches have to be barred against vandals and other ne'er-do-wells.
We were also told the story of a man who daily put his head around the church door on his way to work and said: Good morning Jesus, here's George." As he lay dying he heard a voice saying: "Good morning George, here's Jesus."
Cheesy? Yep. I guess so. But I've remembered it from the age of 8, which just goes to show how teachers/families miss a trick by not helping the young to embrace their faith in those myriad little ways.