Who Owns this Catholic School? 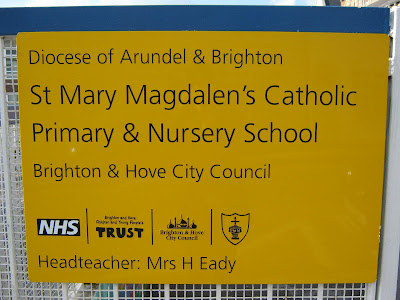 a) The Diocese of Arundel & Brighton
b) Brighton and Hove City Council
c) The NHS or
d) A combination of all of the above?

Whether or not Catholic Education is "cosied up" to the present government
is an interesting question. If I am not mistaken the present relationship between the Church and the secular authorities in respect of church schools within the state sector derives from the 1944 Education Act. An understanding of the terms of that partnership might go some way to accounting for, but not necessarily justifying- recent events. The answer to your question of who owns the school is probably a and b.

The question is not who owns the school, but who will own the school in five years time when it faces the choice the abortion agencies are now facing.