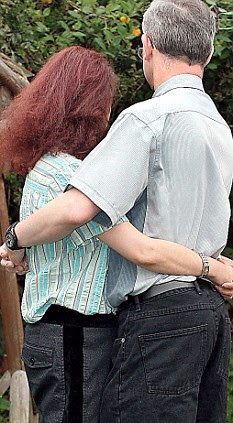 Presumably, another gay couple put in an adoption request with social services...

A mother had her twin babies taken from her by social workers after she joked that their caesarean birth had ruined her body. She and her husband endured five rounds of IVF costing £38,000 to start a family, only to have social services take their children within weeks.

The parents insist social workers acted needlessly, but have been warned their six-month-old boy and girl could be put up for adoption following a secret Family Court hearing last week. The babies, who were born six weeks prematurely, were taken into care after hospital staff warned that the first-time parents were struggling to care for them.

Nurses reported that the mother appeared to feel ' bitter' towards her children after her joke about the caesarean's effect on her body. And when the desperate woman lost her temper at social workers who had taken her babies, officials said she had 'anger problems' and could pose a threat to her twins.

Brave New World, indeed.
Maybe SS has to get a clue and a sense of humor! (or is it humour?)
Thanks for the heads-up.