I had a chat with someone of whom I am very, very fond yesterday. She told me that she was planning to go to a 'spiritual healing' event in Leicester Square and that she had been going for quite a while every now and then. She is a 'cradle' Catholic, but like quite a few Catholics is unconvinced by the teachings of the Church. As a convert, it always saddens me greatly when I talk to Catholic friends who feel so distant and removed from the life of the Church, who cannot believe even some of the most central tenets of the Faith and who, having been given the Faith in childhood reject it in the hope of discovering some other spirituality which will answer the core difficulties we face in life. It is common, of course, for people to wander away from the Catholic Faith, or even to still attend Mass but remain unconvinced of the truths revealed to the Church and to find other religions and philosophies more appealing.

At the same time, the popularity of 'new age' religions, which are often so vague as to answer a need for spirituality, while simultaneously offering no doctrine or truth of any depth is concerning, especially given that a few of my friends who are Catholic, as well as those who are not, dabble in it. As a convert, as I say, I find myself thinking, 'But you don't know what it is that you already have and how privileged you are to have been raised in the Catholic Church.' Yet somehow, this does not address a fundamental problem which doubtless will persist and especially if Priests and Bishops do not proclaim the core realities of the Catholic Faith to the Faithful and emphasise the unique and glorious wonder of the Catholic Faith.

With the increase in depression, mental illness and anxiety which mark a society riven by family breakdown and the destruction of the dignity of human life, 'new age' philosophies and practices such as belief in the power of crystals, auras and spiritual 'healing' can become very alluring. Yet at the same time, because these things are not Holy, but rather misleading pseudo-religions and charms, they cannot satisfy the needs of the human heart. 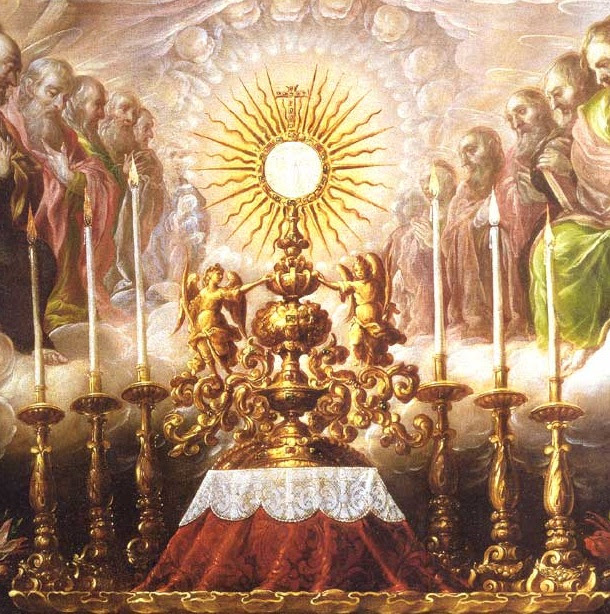 Only this can. At the centre of the Catholic Faith lies a Mystery so profound and breathtaking that it is indeed difficult to comprehend or to believe. The Most Holy Eucharist, that is the Real Presence of God under the guise of bread, is a Mystery so profound as to perplex believers and non-believers alike. The doctrine of the Real Presence is something that should fill us with awe, because the Almighty God, the same Almighty God Who for us became so small as to become for us a Babe, again, daily, becomes so small as to become for us Bread, even the Bread of Life Himself. The late, great, perhaps one day to be beatified, Cardinal Basil Hume wrote that those who suffered disbelief in the Real Presence should pray before the Blessed Sacrament and say, "I believe, Lord, help Thou my unbelief."

As Catholics we, like various 'new age' philosophies believe in a World 'seen and unseen'. For, it is safe to say that beliefs in energy and the like reveal a belief in a world hidden from our eyes and senses. Furthermore, the 'new age' practice of communication with your 'angel' is not something Catholics should be totally unfamiliar with, for even the Holy Father, Pope Benedict XVI himself, prays to his Guardian Angel, to St Michael the Archangel and to St Raphael as he recently mentioned, for protection.

While as GK Chesterton observed, it is true to say that, "When men cease to believe in God, they do not then believe in nothing, but anything", it is also true to say that the spiritualist beliefs in the power of crystals, tarot, auras, palm reading and energy fields - something which marks something so seemingly innocuous as 'reiki' and the more esoteric yoga practices - it is not as if the Catholic Faith does not contain within it a great Mysticism and Beauty, which is actually incredibly powerful and if meditated upon is utterly magnificent. But maybe, we do not hear enough about it...

If 'new age' beliefs and practices persist and belief in the 'healing power of crystals' or 'auras' persist, then why is it so difficult to believe that when a soul confesses before a Priest, that it is not the Priest himself who is really absolving and forgiving the soul and restoring that soul to purity and beauty, but Our Lord Jesus Christ Himself? Among Catholics, even, the idea that this is indeed truly happening is something difficult to believe. Yet it is a truth of the Holy Faith. It is a truth so sublime and majestic that it should leave us in total awe at God's goodness.

What is more, the Church firmly and with utter conviction believes in Life after Death. The Church firmly says, "Yes, it is true. Heaven does exist! There is a Heaven!" What could be more consoling to the afflicted than this truth!? The Sacrifice of Christ on Calvary has opened up for us the Gates of Heaven! This may not always be an easy life, but who knows how long this life shall last? Is there anything more that God could do for us than, by His unfathomable generosity and mercy, to present us with the Hope of Heaven? The path to Heaven may not be smooth. Indeed we may have to bear a Cross, and the purification of our souls may also take place in the life to come. Yet Heaven exists and is our Eternal Home!

Not only that, but, again, though it is hidden from our eyes and senses, Heaven is actually present at the Holy Sacrifice of the Mass, and just like the unseen 'energies' espoused by the 'new age' religion, though Heaven is hidden from our eyes and senses, we believe that wherever the Holy Sacrifice of the Mass is said, God, His Angels and His Saints are there, praying with us and for us! We may not be able to feel it, perhaps fortunate souls will, but it is happening and we are there in the Presence of God. The Catholic Faith can at times seem very dry, yet it is drenched in the love of God. 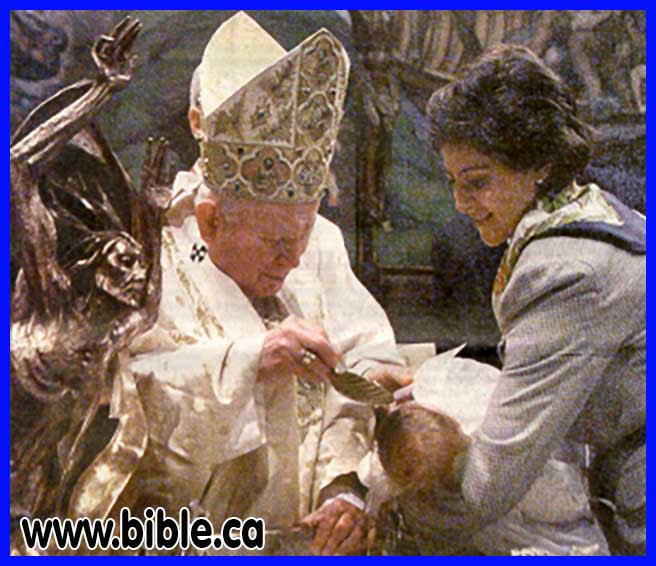 All of these truths of the Faith are made known to us by Holy Mother Church and because of our Baptism. It was this that removed from our souls the stain of Original Sin and made us adopted Sons and Daughters of God. All of these wondrous Sacraments are not only breathtaking, but true. Yet so often, we take them for granted.

Seriously, if you can think of anything more rich in spirituality than the Catholic Faith, then I would like to hear of it...but I doubt very much that you can. It is because of these truths of the Holy Faith, that beliefs in 'new age' philosophies are to be treated with not contempt, nor derision, but yes suspicion, but also compassion for those who do. For in the light of what or Who it is that all of us are really searching for, whether we admit it or not, we are, all of us, yearning for God, because as St Augustine said, "You have made us for Yourself, O Lord, and our hearts are restless until they rest in Thee." That is our condition and that is why 'new age' religions have appeal of any substance whatsoever. The only response to it is the Treasure of the Church - the Holy Sacrifice of the Mass...the Mystery of Faith.
at June 22, 2009

I love how converts seem to really "get it" when so many including my family members just WON'T. I think that is the problem, often. Not that they can't believe, but that they Won't believe. sad.
Thanks for another great post!

Laurence,
Beautiful post! Before coming back to the Catholic faith, I dabbled in New Age. What I realized after my reversion was the reason New Age was so appealing was it got me off the hook for a lot of things. I had to leave my faith in order to realize the treasures I had in it. Knowing what I know now, by God's grace I will never leave again.

We're all up late then!

This stuff first became popular in the late 1960s. It happens to coincide with the withdrawal of the traditional liturgy in the Catholic Church. It this a coincidence?