US enters into the Heart of Darkness 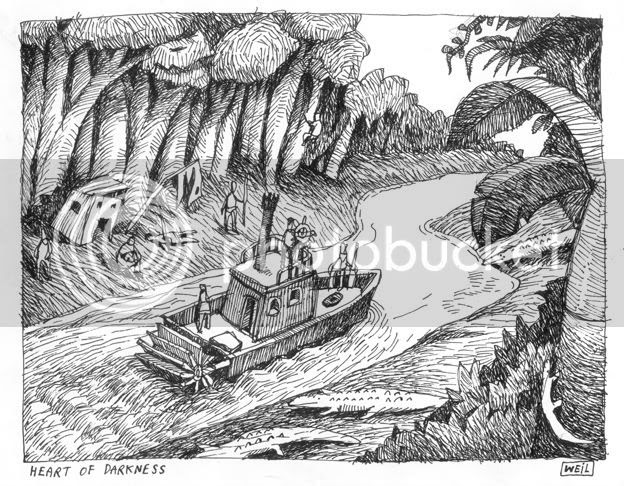 Obama's transition team is busily preparing a thick sheaf of Executive Orders for the President-elect to sign the day he takes office. And in a reprise of what happened when Bill Clinton took power 16 years ago, the pro-life policies of the Bush Administration will apparently be the first to go.

Obama appears set to reverse existing Executive Orders that protect taxpayers from having to fund abortions at home and abroad. Moreover, Bush’s prohibition against the vivisection of tiny humans (aka embryonic stem cell research), will almost certainly go by the wayside.

We know. It was the Population Research Institute whose investigation in China led the Bush administration to cut off funding to the UNFPA for the past seven years. We have continued to monitor the situation in China, and we stand by our assertion that the UNFPA was, and is, involved in coercive abortions in China.

PRI’s original report, entitled “UNFPA, China, and Coercive Family Planning,” is based on an investigation conducted by PRI researchers in China’s Sihui County. Relying on interviews with over two dozen victims and witnesses, the 2001 investigation found that coercive abortion and sterilization practices were taking place in that county where the UNFPA had supposedly instituted a "client-centered and voluntary family planning program." In fact, PRI’s investigation revealed that the UNFPA shared an office with the very Chinese family planning officials who were locking up women and carrying out forced abortions.

Prompted by this investigation, then-Secretary of State Colin Powell sent his own research team to China, which independently verified the facts that PRI had gathered. As a result, Powell himself urged that the U.S. government stop funding the UNFPA. Said Powell in a 2002 letter to Congress: “UNFPA's support of, and involvement in, China's population-planning activities allows the Chinese government to implement more effectively its program of coercive abortion.”
at November 18, 2008