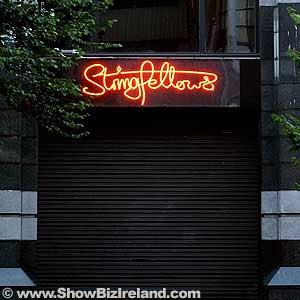 This story from The Guardian is verging on parody. I scoured google images looking for an unerotic picture of a lap dancer (research purposes only of course, your honour). Strangely I couldn't find one...

I suppose you could measure sexual stimulation by the amount of men paying a visit to the lavatory after the lap-dancing show to jack-off...no, there must be another way of quantifying it. Perhaps, I'm the only man who lacks self-control...I'm no prude, but this guy's argument is hilarious.

Lap dancing "is not sexually stimulating", the chairman of the Lap Dancing Association told a parliamentary committee today.

Simon Warr made the claim, which was greeted with scepticism by MPs, while he was giving evidence to the Commons culture committee as part of an inquiry into the operation of the Licensing Act.

The government is under pressure to change the act so that lap dancing clubs have to be licensed as sex encounter establishments.

At the moment, they are licensed in the same way as pubs and clubs, which has led to complaints from councils who believe that they do not have the power to stop clubs being opened in their areas.

In their evidence to committee, Warr and colleagues from the Lap Dancing Association claimed that their clubs should not be classified as sex encounter establishments because they were providing hospitality, not sexual services.

But Warr astonished the committed when he argued that sexual stimulation was not part of the clubs' attraction.

"One of the biggest problems we face is that not enough people understand the business blueprint of our clubs," he said.

"Actually, our premises are not sexually stimulating. It would be contrary to our business plan if they were."

At this point, Philip Davies, the Tory MP for Shipley who was questioning Warr, said he found that hard to believe.

"You are saying that the purpose of a lap dancing club is not to be sexually stimulating? Most people would find that a rather incredible claim," Davies said.

Warr replied: "Then you need to go to a club, because the purpose of a club is to provide entertainment. It's to provide alcohol, it's a place of leisure.

"All right, the entertainment may be in the form of nude or semi-nude performers, but it's not sexually stimulating." (LMAO, no of course not, how could we think it such!)

Davies responded with even more astonishment.

"So if I did a straw poll of all the customers who came out a lap dancing club and said 'Did you find that in any way sexually stimulating?' I would find a big resounding fat zero? On that basis you would have a lot of dissatisfied customers."