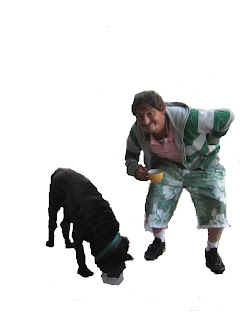 You often hear a phrase when it comes to vulnerable adults, the poor and people that society consistently fails, gives up on or actually, wants to fail. It goes something like, "A lot of people fall through the cracks in society" or "Some people just slip through the safety net." Here we have a classic case in which Brighton and Hove City Council have opened up a crack and pushed a man down it.

I've just received a phone call from the office of Caroline Lucas MP for Brighton. Ms Lucas met Jason Evans, a friend of mine, recently. Having seen the video interview with Jason from over 3 weeks ago, she wanted to meet him and learn his story. He was honest with her and she was very receptive to him. Impressively (and I do believe this is genuine), she affirmed that she would do all she could within her power to house Jason as an emergency. Let's face it, she did not have to meet him in the first place, but she was quite shocked by my video interview with him. He might be 'trouble' in the eyes of the authoriries, but he is still a constituent. She seemed to warm to him.

I was then told more recently by the office of Caroline Lucas's Green Party, that Brighton and Hove City Council were 'waiting' on 'medical records' before housing Jason, to see whether or not they have a duty to house him. As far as I know, they have never done this before. Jason's vulnerable status is well-known to the authorities of Brighton and Hove. He has a record of mental health problems, a record of drug addiction and, yes, a record of 'anti-social behaviour' for street drinking and begging which runs until 2012.

Brighton and Hove City Council have consistently placed Jason in hostels in Brighton for a long time. So why, suddenly, the change of heart? Could it be that hostels have decided that Mr Evans is not 'welcome at the inn'? I know that he has got kicked out once or twice because he drinks. I received a call 20 minutes ago from the office of Caroline Lucas from an assistant who has told me that the Council have decided that, on the basis of Jason's 'medical records', the Council have no duty to house him, not even to place him in a hostel. Suddenly, very suddenly, Jason, who currently sleeps in my car in the absence of any State help, has been dropped by the authorities. I will not shut up about this. I will not stop until Jason Evans is famous in, at very least, Brighton.

There are a few reasons why this should be so. Firstly, although around 1,977 years may have elapsed since Our Blessed Lord taught during His Ministry on Earth, since He healed lepers and 'ate and drank with sinners' to the disgust of the self-righteous authorities of His time. Yet, what has changed? Nothing! Jason's ASBO has made him a prisoner in this town. If he could access the only nightshelter in Brighton, well, he couldn't because he's banned from that road. In a very real sense, Jason is a modern day 'leper', an outcast of society.

Since Jason Evans was released, nearly a month ago, he has had a shower or two. Where? My flat and the flat or another addict. He has had accommodation. Where? My car and at George and Diane's flat who have taken him in a few times. He has been fed. By who? George and Diane, me, other heroin addicts of the London Road and the churches, both Catholic and Protestant denominations of Brighton. The temperature is dropping day by day. Soon it will be very cold and Jason has now been informed that the Council have 'no duty' to house him. In fact, he has told me that the fact that he has no fixed address is, quite bizarrely, in itself, a breach of his probation licence, so that in fact he could be returned to jail for the crime of being homeless, when, in fact, he has done nothing than be released from jail only to find no help from the council in terms of accommodation.

I do not know how much pressure Caroline Lucas MP can put on the Council to house him. She will apparently put in a strong appeal for him. I have been told that she has a genuine concern for Jason. Ironically, even if Caroline Lucas wanted to put Jason up for a night, well, she couldn't, because he is banned from that road. If St Mary Magdalen's Church wanted to put Jason up for the night, well, the Priest couldn't because he's not allowed on that road. If Jason wanted to come to the Gregorian Chant workshop in Bognor Regis, well, he isn't allowed in Brighton Train Station. The main reason that I blog about Jason is that somehow, while he himself like all of us would admit he is 'no angel', somehow the Gospel of Our Lord Jesus Christ is contained within him.

We are called, as Catholics, to keep our Works of Mercy hidden, so that we may give glory to Our Father in Heaven. We should not let our right hand know what our left hand is doing. This, however, counts as an exception because while Jason is a very troubled 40-year-old man, with a heroin addiction and drinking problem, Brighton and Hove City Council are crucifying him, and Christ, mystically as well and they do have a duty to house him. What he needs is love, warmth, friendship, support, discipline, loyalty, care, a listening ear, compassion, spirituality, mercy and to be granted a measure of humanity and dignity that most of us just take for granted day in and day out. He finds it only in parishioners of St Mary Magdalen's, other Christians and other addicts and other people who understand addictions and homelessness. If there is one thing I have noticed with Jason it is that only the Poor take in the Poor.

Jason is, if nothing else, a fighter, but this is something of an emergency. This is the first time the Council have relinquished any responsibility towards him. Jason only every receives bad news. Nothing good ever happens for him or to him. Starved of love as a child and young man, he has always had to survive, alone. So, frankly, if you are a journalist and you are reading this, then, yes, I have got a homeless man sleeping in my car and if there are any national or local reporters out there who want to ask me and, more importantly, ask Jason Evans exactly why, then you, my friend, are most welcome to do so.

For Heaven's sake, the last time he was in prison it was for walking on the wrong side of the f***ing road! If you're a journalist and you don't think that's a news story then you're in the wrong job because it is just one small step from it being '1984' for him to 1984 for whoever is deemed to be 'anti-social'! Keith Richards starts blabbing about his excessive drugs use and the World bends its ear! Hey, Keith, you understand drug addiction! Maybe you could take Jason in for a while because, last I heard, you weren't in prison for your offenses. Let's face it, you've got enough rooms! If you are a recognised journalist and you inteviewed Jason Evans, you would be doing Christ Himself a favour, more of a favour than Brighton and Hove City Council will ever do for Him, because the Council has just condemned a poor, homeless man to poverty, homelessness and a life with no sanitation or accommodation as we begin to enter winter! Third World country, Cardinal Kasper?! Yes, indeed, but I can tell you now that you will find that in Africa, there is, at least, a degree of respect for the human dignity for its poor!

Please say prayers for Jason and send him, if you like, some messages of good will and support. I can assure you he will read them and be most grateful.
at October 18, 2010

I am very moved by this, and will pray for Jason, you and Fr Blake with all his parishioners, so that a solution may be found. In the unenlightened days of the 19th century, a Concerned Catholic, priest or lay, would found a religious order to deal with this problem of the indigent homeless. Christ calls out in these people for help. Where are the good and generous hearts to answer His call?

Jason! I'm about 250 miles away, but I can and will pray for you and do penance for your needs.

''n the unenlightened days of the 19th century, a Concerned Catholic, priest or lay, would found a religious order to deal with this problem of the indigent homeless.''

I'm not really sure this is true actually, you must have your rose tinted glasses on. In the 19th Century, homelessness was reasonably common and the churches didn't particuarly house these people. Yes there were some institutions but most people chose not to live there (not unlike the poor fella who is the subject of this posting) and you certainly would have been kicked out if you were boing or being anti-social.

Catholic Historian, you may be right. I have weak eyes. And yet, there were many orders of sisters and brothers who cared for the education of the poor. Were none founded to care the poor as the Sisters of Charity did and do? What were The Little Sisters of the Poor founded for? Were there really no others until Mother Teresa appeared in Calcutta?

When I was a student, I helped in a residential shelter for the homeless run by the Society of St Vincent de Paul near the Holy Name church in Manchester. They certainly took anyone, especially the ones the Salvation Army would not admit. Jason would have been welcome there.

The good people are plentiful, and they have generous hearts. They need a grace-filled messenger to awaken and invite their self-sacrifice for Christ.

I shall remember him in my prayers.